A Special Tribute to My Family on Valentine’s Day

It’s Sweetheart Month at The Titanic Museum Attraction, in honor of Valentine’s Day and the twelve honeymoon couples that traveled on the Titanic in 1912.  During this special romantic month and as Valentine’s Day approaches every year, I go over in my mind the many things that I love about each of the people in my life and I think of ways to show them how much I truly cherish and love them. 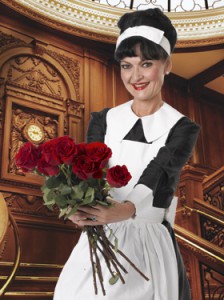 I would like to start with my wonderful husband Will. He is my best friend, my faith buddy, and the father to my children. We met in college at Southwest Texas State University in 1994, a college I chose at the last minute because my parents decided that they didn’t want to spring for out-of-state tuition. I had originally planned to go to Missouri State University in Columbia, Mo. Ironically, he was dating my freshman roommate in the dorms. I didn’t think much of him at the time. Little did I know, that I would end up marrying him! God knew, he just had to get me there.

After being acquaintances for 3 years, Will and I finally started a friendship that began at a party. Before we knew it, we were dating and wanted to spend every spare moment together. On our first official date, he took me to San Antonio’s River Walk. It stared raining while we were walking down the canal, so we took shelter under a bridge and enjoyed our First Kiss which was incredibly romantic. I enjoyed his outgoing, yet kind nature. He was so thoughtful in the “courtship days” as we call them. He would sneak my car keys while I was in class and detail my car. On one date, we went canoeing down the Guatalupe River. I sat in the front of the canoe and relaxed while he did all of the work.

After dating for a year or so, I graduated with a degree in Business Marketing and decided to move back to my home town, Dallas. Will was still finishing up college and had another summer and fall semester to go in school. I hoped that by telling him I was moving to Dallas, he would finish school and follow me. He did. After he graduated, he moved to Dallas and we got married August 14, 1999. Our wedding reception was amazing. We had all of our college friends back together again for one last hurrah. 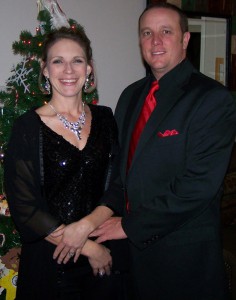 We both got excellent jobs in Dallas. He was a sales manager at a label manufacturing company and I worked for IBM and then was the State Administrator for Aflac.  We were settling in to a healthy married life and the next obvious step for me was …..a baby. I remember it so well. I conned my husband into it. We agreed by written document that he would get a motorcycle if I got a baby. We signed a contract. He still has the contract, but has not received the motorcycle. LOL!

Our first born was our precious angel Garrett. I remember the tone in my husband’s voice when I called him to tell him I was pregnant. He was at work and I just couldn’t wait for him to get home. He was awkwardly quite and seemed totally freaked out. I also remember being pregnant with Garrett during 9-11 and wondering what kind of world he would be born into. When Garrett was born, the entire world stopped around us. We had a family and our lives revolved around our son. 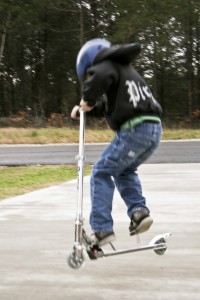 When Garrett was 2 years old, we made a very huge decision to move to Missouri. My parents had found land in Ava, Missouri and had moved away. We wanted Garrett to know his grandparents and we enjoyed the Ozarks because of all of the outdoor activities available to us. Garrett, who is growing up in Missouri, continues to be an amazing blessing in our lives. God has used him many times to teach us and strengthen our faith. We almost lost Garrett when he was 4 due to a head injury that he incurred at a day care. Words cannot express how much my faith in God and my love for my husband strengthened through this trial. Garrett is 9 years old now and is an all star in every sport (except Baseball. he says he hates wearing hot pants in the summer.:)) and makes straight “A’s”. He is responsible, kind, considerate, and loving and very popular with his peers. I am so honored that God gave him to us.

My younger son Hunter is my baby. He is almost 6 now and has been a complete JOY ever since he was born. I remember when he was 2 and Garrett was going off to Kindergarten. I thought to myself that it would be a good time to start THINKING about potty training. Hunter never wanted to be a baby. He has always loved his brother and looked up to him. Literally, the day that Garrett left for Kindergarten, Hunter took off his diaper and would not put one on again. He had a determination like nothing I have ever seen. It was like, “Mommy, let’s do this potty training thing right now!” Not only is Hunter determined, but he is strong, smart, handsome, and loving. He is tender hearted and his faith his a true testament to all around him. 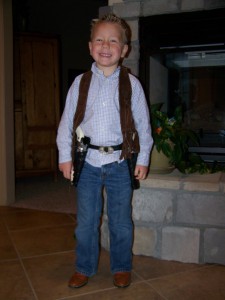 Valentines Day, February 14 is our 1/2 anniversary each year. I am not the kind of girl who wants the heart shaped box of chocolates. I am the kind of girl who wants to spend the day with my family doing something together, making memories. I am the kind of girl who would cherish a vow renewal on the Grand Staircase on any year of our marriage and my reason would not be for a “new beginning.” My reason for a vow renewal would be to repeat to him again before God, the precious wedding vows that express to him how much I love and cherish him and how thankful I am to God for bringing us together. And being on the Grand Staircase would make me feel like “Rose” who’s love for “Jack” would never perish. I love you honey.