Here’s to Making Each Day Count!

What a summer! We did it! Phew! Our family lived out our philosopy this summer…..You can rest when you are dead. We managed to fit in a fabulous trip to Tennessee, camping, boating, swimming, summer camp for 4 weeks, a trip to St. Louis for a wedding, visits from several relatives, back to school shopping, volunteering at church, and 2 full time jobs. Oh, did I mention that I am training for a half marathon and get up at 5:45am each morning to run? Are we intense, or what?

The first day of school is always so bitter sweet for me. I am excited for our two boys to embark on a new journey and I am anxious for them at the same time. I pray that they will have great teachers who love them for who they are and train them up as if they were their own. I always want them to be able to make new friends and keep the old! (obvious reference to girl scouts. Maybe I will sing this to them at school? Won’t they love that? LOL).

The boys were apprehensive about going back to school this year after enjoying such a great summer, but they seem to be transitioning pretty well! They both like their teachers so far and both have friends in their classrooms. What a blessing!

Because I am the Chief Purser of the Titanic Museum Attraction, my family has become well versed in Titanic history. Each time we have visited one of the museums as a family, we have learned more and become more emotionally connected to the passengers who sailed Titanic.  One of our favorite stories is that of Douglas Spedden, age 6. He was traveling home to New York, via the Titanic, with his family after a vacation in Algiers and Monte Carlo. There is a very famous picture of him on one of the decks of the ship, playing with a top. Father Browne took the picture.

Young Mr. Spedden reminds me of my boys…with a passion for adventure, outgoing, and resiliant.
His mother, Daisy reminds me of me. They were survivors of the disaster and were rescued by the Carpathia. I recently read the most wonderful quote from Daisy Spedden following the Titanic disaster, as the Spedden family continued to travel to Europe much as before but with a new perspective on the frailty of life. Daisy wrote that all the values of their lives had changed and “the daily incidents which once seemed of such importance to us dwindled into mere trivialities“. (http://www.the-titanic.com/Passengers/Survivor-Stories/Douglas-Spedden.aspx)

Just like many other visitors to the Titanic Museum Attraction, I have often wondered what happened to each of the survivors after they arrived home? What was THEIR transition like after making it through such a terrible disaster? Each survivor was given a new lease on life. Did they all have Daisy Spedden’s new philosopy to not sweat the small stuff? Or were they eternally tortured by their memories of that fateful night? Did any of the survivors go into politics in America? Did they build empires and legacies? What impact did they have on American History? Did the children survivors go to American Schools and tell of their adventures on Titanic?

Starting this Labor Day Weekend, at the Titanic Museum Attraction in Branson, Mo., a new fantastic exhibit will be revealed. It is called the Survivor Wall. Have YOU ever wondered what happened to each of the survivors? The Titanic Museum Attraction has spent the past 2 years researching each of the survivors of the Titanic and you can now find out what happened to them and what impact they had on our history.

When I reflect back on this summer, I feel satisfied that we packed it all in (even though I am a bit exhausted). As Jack Dawson from the famous Titanic movie by James Cameron said…”I like waking up in the morning not knowing who I’m going to meet or where I’m going to wind up. Life is a gift and I don’t intend on wasting it. You never know what hand you will get dealt next.”

HERE’S TO MAKING EACH DAY COUNT! 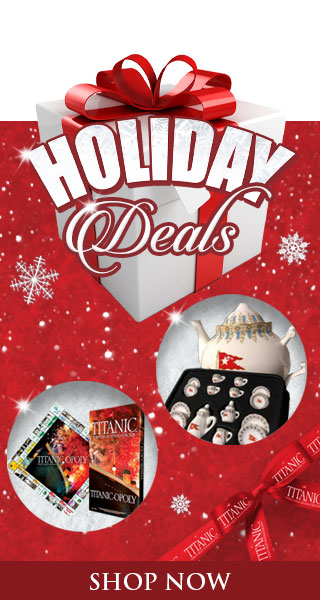