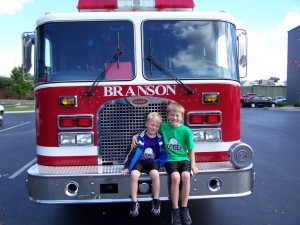 The competition was fierce and the weather was beautiful this past Saturday at the 1st Annual Titanic Firehouse Chili Cookoff in Branson, Mo. When we arrived, we could smell the chili cooking. Of course, we had to stop at a fire truck for pictures. Branson’s team had polished up one of their trucks for display at the event. It was great to see so many fire fighters from all over Southwest Missouri and Northern Arkansas joining together for such a great cause. 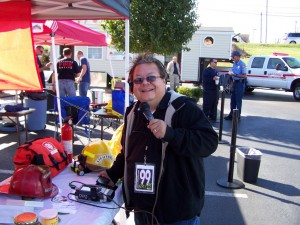 By 10:30am, each firehouse competitor had already assembled their concoctions and now the giant pots of chili were simmering until judging time at 2:00pm. Speaking of judges, the Titanic Museum had quite the line up of experts….Ron Kittleman, official in-house chili professional for 99 HIT FM
KADI was one of the judges (see above).  And it was an honor to meet Judge #2, American Culinary Federation and Executive Chef Nathan Read. Chef Nathan is the head chef of Level 2 Steak House. If you’ve been there, then you know how qualified he is to judge anything food related! Last, but certainly not least, was Garrett Anderson. He had won a Titanic Museum Attraction facebook contest to become one of the judges and was a previous chili cookoff winner himself. 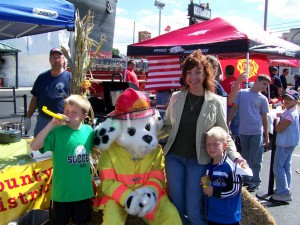 As guests, we were able to go to each firehouse booth and sample their chili recipes. There was a people’s choice award, so we got to decide which booth’s chili was our favorite. It was so difficult. I was impressed because every chili recipe was completely different! The boys enjoyed meeting Sparky the fire dog and going through a fire safety trailer for kids. They also enjoyed eating and there was plenty of options. The Lions Club had a food trailer there selling frito pie, nachos, cheeseburgers, etc; everything kid friendly. My favorite chili was that of Valley Park Fire District in Fenton, Mo. They were raising money for the Boys and Girls Club and their chili was outstanding. I found out later that they put pumpkin in their chili. How unusual, but it worked!  I got a kick out of their t-shirts. 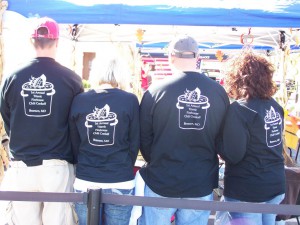 We were fortunate enough to see Jaynee, 1st Class Maid of the Titanic and taste her chili. Delicious. It had curry in it and was on the sweeter side. Very unusual, but we all loved it. She knows everything about the Titanic. She and a “Coal Shoveler”  educated the crowd on what it was like to keep the fires going on the mighty Titanic. I was amazed at the prize monies too. This was a big time event. Jaynee explained that the monies raised from the People’s Choice Award, would go to the S.O.S. program, “Save Our Strays,” that Molly and Carter started in honor of the Dogs that were onboard the Titanic. I believe they raised almost $500 at this event. 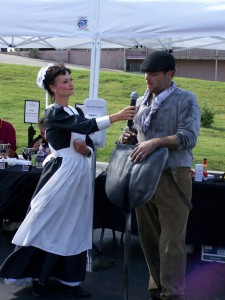 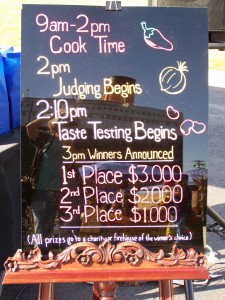 Hunter saw his Kindergarten teacher at the event so he was “stoked”. Her husband is a fire fighter for the Branson fire department. I took a picture of them on a 1960’s??? fire truck that was on display. 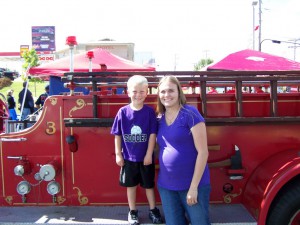 Around 2pm, the judges were presented with ALL of the wonderful chili recipes to try. They took their jobs very seriously as they judged each competitors’ chili based on taste, consistency, smell, color, etc. 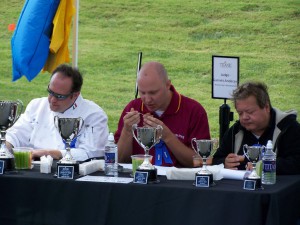 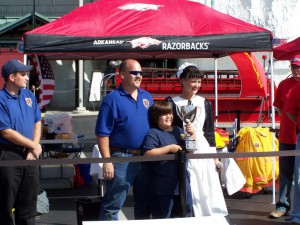 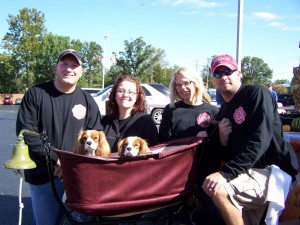 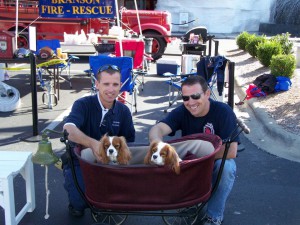 And as you can see from some of these pictures, Molly and Carter were present. This is always a hit for my boys. These King Charles Spaniels are part of a tribute to the dogs that were onboard the Titanic. I think they were really enjoying the weather. They hung out so that we could all pet them and take pictures.

All in all, we had a great time at the 1st Annual Titanic Firehouse Chili cookoff. Our bellies were full when we finally decided to head home. It is so nice to be a part of a community that cares and is willing to sacrifice their time to raise money for charity. A Special Thank You to the Titanic Museum Attraction and all of the Southwest Missouri and Northern Arkansas Firefighter Competitors! http://www.titanicattraction.com 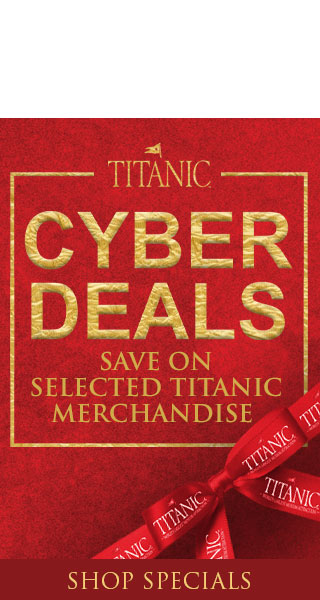