He wore it! He treasured it! Now you’re invited to see it – the King of Rock ’n’ Roll’s prized, 14k gold watch. The watch was purchased recently by an avid fan & collector William Bednarczyk from M.S. Rau Antiques, New Orleans. “To be asked to loan the watch for display in the museum is a tribute to Elvis, his family and his friends,” says Bednarczyk. This exclusive presentation will be held at the Branson ship on Thursday, September17, through the month of October, announces President, COO and Co-Owner Mary Kellogg.

“What did Elvis have in common with Titanic? Well, they were both legends in their own time and the world shared a great loss when they were gone. Titanic Branson has dedicated an entire gallery to Titanic bandleader, Wallace Hartley, and pays tribute to him and the 8 brave musicians who played on with him to the end. So you see, Titanic and Elvis may be separated by time, but their iconic stature unites them musically and prophetically – When The Music Stopped, The Legends Began,” explains Kellogg. 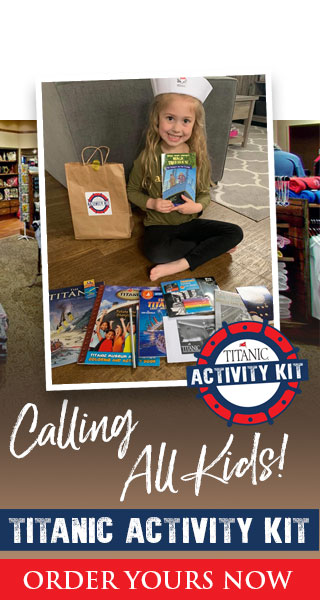