Hello to ya’! I’m Bertha Bridget Moran, but they call me Bertha back home and at my job. I work at the Peabody Shirt Factory in Troy, New York, makin’ those famous shirts for the Arrow Shirt Company.

To claim an inheritance, my brother, Daniel, had to return to our family home in Limerick, Ireland, and I went along for the ride. We sailed back to the States aboard Titanic. ‘Twas grand to be on the very ship that was the talk and pride of Ireland where she was built. She was a Floatin’ Palace!

We were shaken awake by the collision, and by the frightenin’ reality that, as third-class passengers, it would be more of a challenge to exit the ship, especially since we’d never had a lifeboat drill.

There was an English priest from Essex who’d been servin’ as a kind of chaplain for third-class passengers. He led us to where they were lowering lifeboats, but I never saw him after that, and my brother was nowhere in sight either. I was on my own, frozen with fight. Would the Luck o’ the Irish get me through?

Find out Bertha’s fate at the Titanic Museum Attraction, where we pay tribute to the Irish Passengers who sailed on the RMS Titanic over 100+ years ago.

May the Luck of the Irish Be With You! 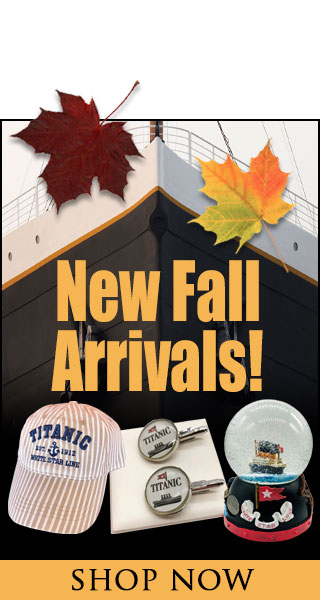